Visions and strategies for a better future in the Baltic Sea region – redefined! 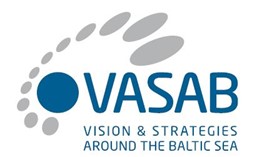 Visions are a powerful tool. They define a desirable picture of the future that is shared by people who want to bring about desirable change for generations to come. In the Baltic Sea region, VASAB has dedicated itself to this task and has been doing so for 30 years now. Germany took over the rotating presidency in 2022. Important tasks lay ahead, and the responsible federal ministry is being supported in its work by REM Consult.

From January 2022 to June 2023, the German chair of the cooperation between the ministries of spatial planning in the Baltic Sea region (Vision and Strategies around the Baltic Sea, VASAB) will be held by the Federal Ministry of Housing, Urban Development and Building. During this period, among other things, the Long-Term Perspective for the Territorial Development of the Baltic Sea Region (LTP) is to be revised and the role of VASAB in the EU Baltic Sea strategy is to be redefined. With its updated version of the LTP, VASAB wants to face the challenges of the advancing 21st century and to offer the strategic-visionary framework for a safe, prosperous and sustainable pan-regional development in the Baltic Sea.

A series of stakeholder workshops is to take place as part of the Federal Republic of Germany’s presidency of VASAB. The first national VASAB workshop took place on April 7, 2022 at the headquarters of the Federal Office for Building and Regional Planning in Berlin. An international online workshop followed on May 16, 2022, which addressed the applicability of the LTP in the wider Baltic Sea context as well as the future role of VASAB therein. Another workshop for German stakeholders in the is planned for the second half of the year 2022. In mid-2023, the Presidency will hold an international conference at which the LTP will be officially adopted by the ministries responsible for spatial planning in the BSR and the results of the LTP update process will be presented to the wider public.

The Federal Institute for Building, Urban and Spatial Research (BBSR) has set up a project that accompanies this process and involves stakeholders who can contribute to the exemplary implementation of the LTP. As part of this project, the team from REM Consult supports the German Presidency in its projects. One of the objectives is to examine whether and how the renewed LTP can be applied, especially in the German part of the Baltic Sea region, and at the same time to identify stakeholders who can contribute to the implementation of the LTP. The project team is also examining opportunities that transnational and cross-border Interreg programs in the Baltic Sea region offer for the implementation of the LTP objectives in specific projects. In addition, the role of VASAB as policy area coordinator and driving force for spatial planning within the framework of the EU strategy for the Baltic Sea region will be discussed and further developed.

Impressions of the workshop on 7 April 2022, ©REM Consult

Visions and strategies for a better future in the Baltic Sea region – redefined!

We assisted @SEMPRE_Project and its spin-offs for more than five years. In this new @InterregBSR article, they explain how the project contributes to a more inclusive Baltic Sea Region - thanks to amazing partners like @DiakonieSH, @ViA_ZTC and @SunderbyF #socialinterreg #socinn twitter.com/Interreg…

How does @InterregBSR support #empowerment, #socinn and participation? ℹ️ Check their recent article: interreg-baltic.eu/a…. Happy to read about the achievements of our friends from @VUAS and @SEMPRE_Project in article, and they also mention #socialinterreg! ♥️ @DiakonieSH

This year, the European Week of Cities and Regions runs from 11 to 14 October - online. 🇪🇺 Registration is open: europa.eu/regions-an… ⬇️ twitter.com/EUinmyRe…